Since at least the thirteenth century the 17 districts of Siena, known as Contrade, compete in this world famous horse race around the Piazza del Campo twice a year – on the 2nd July and the 16th August.

A splendid medieval pageant as well as a thrilling sporting event, the Palio is the heart and soul of the city. Be sure not to miss the benediction of the candles in August and the procession which precedes the race itself. 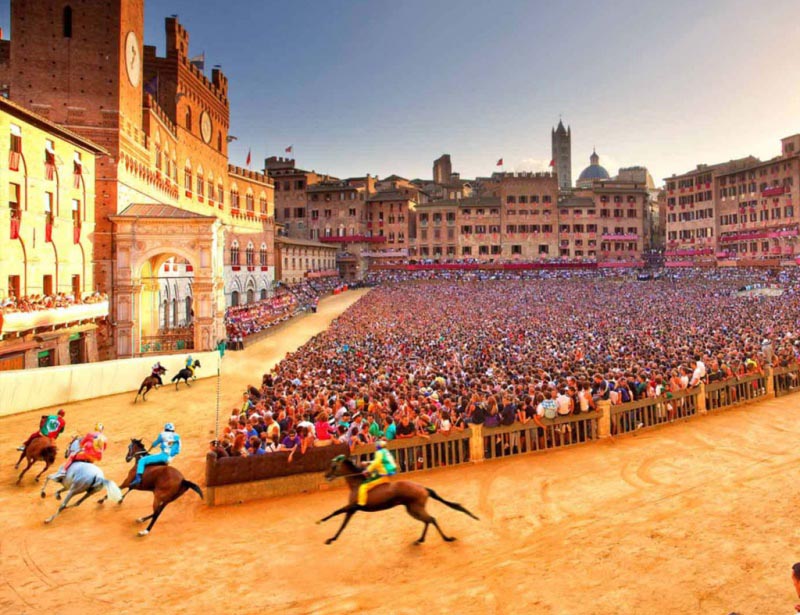